Starting from Rome, on a day tour, you can explore the island of Capri.

Capri, the small mountainous island in the Tyrrhenian Sea, famous for its unique landscapes, is located at the entrance to the Gulf of Naples.

Called in ancient times Caprea, the island of Capri has been colonized by the Greeks since the seventh century BC. In the two major cities of the island, Anacapri and Capri, there are ruins that attest to the presence of Greek colonies on the island.

In the year 29 BC. Emperor Octavian Augustus bought the island of Naples in exchange for the island of Ischia, building a palace here. His successor, Emperor Tiberius, spent 10 years here and built 12 villas as a sign of gratitude to the 12 Olympians. Capri later became the destination of the Italian, English and French aristocracy. The 18th century Bourbons came here to hunt quail and a century later artists, poets and economic figures (Krupp, Axel Munthe and others) found inspiration or rested on the island’s limestone beaches.

The Blue Grotto (Italian: Grotta Azzurra) is a sea cave on the coast of the island of Capri, southern Italy. Sunlight passing through an underwater cavity and shining through the seawater creates a blue reflection that illuminates the cavern. The cave extends some 50 metres into the cliff at the surface, and is about 150 metres (490 ft) deep, with a sandy bottom.

The cave is 60 metres long and 25 metres wide. The entry is two metres wide and roughly one metre high at low tide, making safe access possible only when tides are low and the sea is calm. To enter the grotto, visitors must lie flat on the bottom of a small four-person rowboat. The oarsman then uses a metal chain attached to the cave walls to guide the boat inside the grotto.

In 2011 a visitor suffered a life altering injury when his neck was broken while entering the cave. The Cooperativa Battellieri Grotta Azzurra initially denied liability but settled a damages claim. It was concluded that the boatmen had continued entering the cave when the sea conditions were inappropriate. Swimming in the grotto is forbidden.

Transportation will be ensured by a Mercedes V-class minivan, driven by our professional driver.

Pick-up and drop-off service included: our driver will pick you up from your accommodation and at the end of the day will take you back to the place of departure;

* The price includes breakfast and an ice cream.
* Lunch and tickets for the tourist objectives are not included. 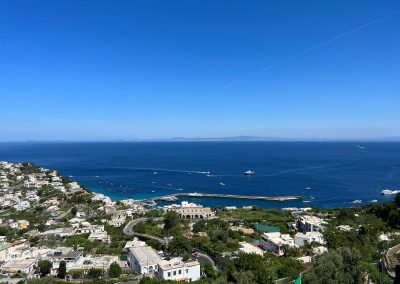 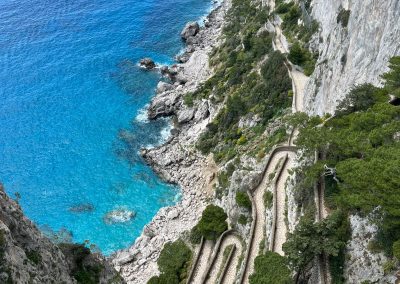 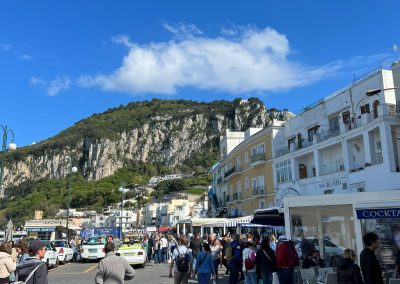 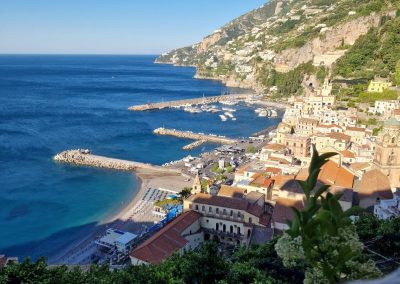 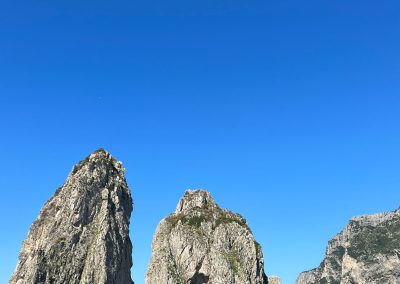 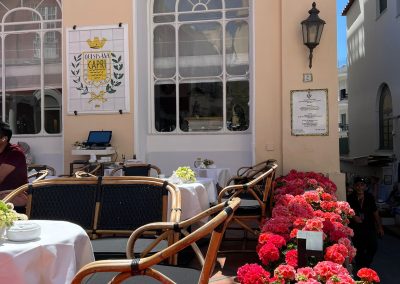 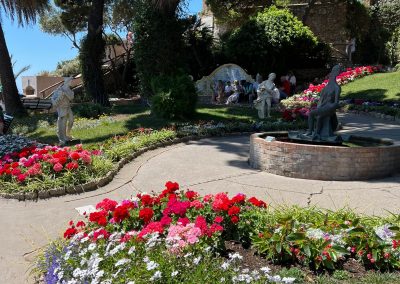 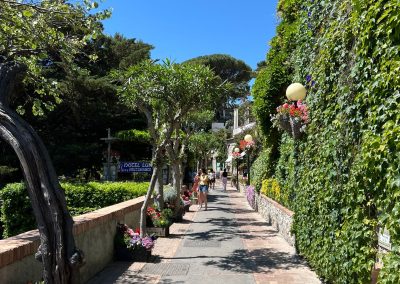 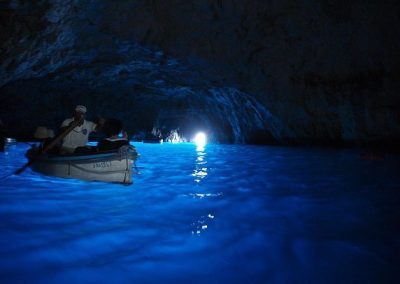 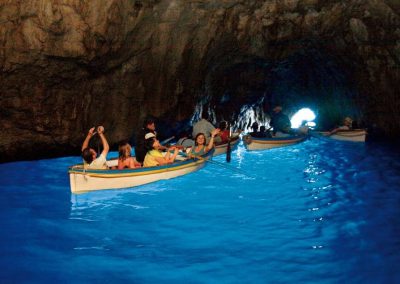 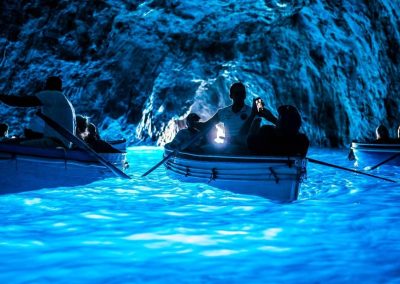 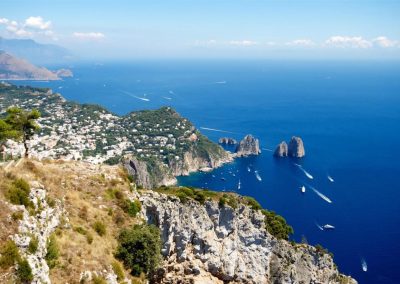