Tour of the Catacombs of Rome

Rome Transfer Tour offers, for those interested in Christian history, a Tour of the Catacombs of Rome: Catacombs of San Callisto and those of San Sebastiano.

The catacombs of San Callisto are part of the so-called Callistian complex, an area of about 30 hectares between the Via Appia Antica, the Via Ardeatina and the Via delle Sette Chiese, in Rome, which houses several funerary and catacomb areas. Ticket information.

The Catacombs of San Sebastiano are an underground cemetery in Rome, located along the Via Appia Antica, in the Ardeatino district. They constitute one of the very few Christian cemeteries (catacombs) that have always remained accessible.

The visit of these catacombs includes access only to certain sectors. In the deepest region, from the cubicle of Jonah, so named for the frescoes of the fourth century that decorate it and which depict four scenes concerning the life of that biblical character, we arrive at the crypt of San Sebastiano and the square where three pagan mausoleums open. later also used by Christians.

Transportation through the streets of Rome leading to the Catacombs of Rome will be ensured by a Mercedes V-class minivan, driven by our professional driver.

Pick-up and drop-off service included: our driver will pick you up from your accommodation and at the end of the day will take you back to the starting point

Price: from € 150
* Tickets and guide are not included in the price. 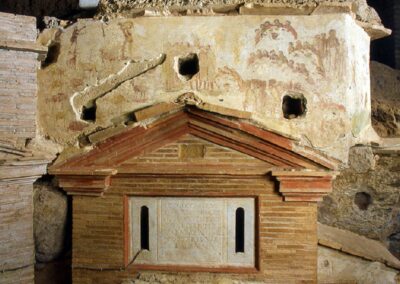 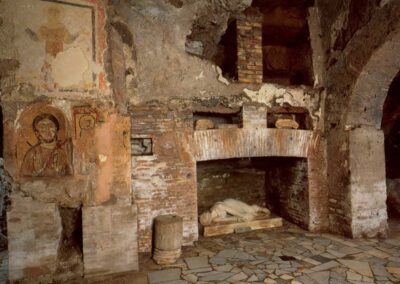 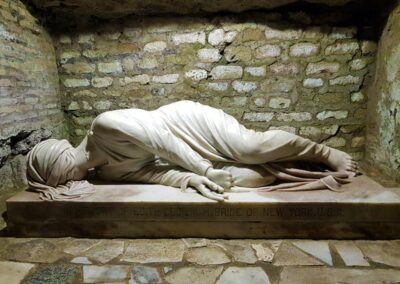 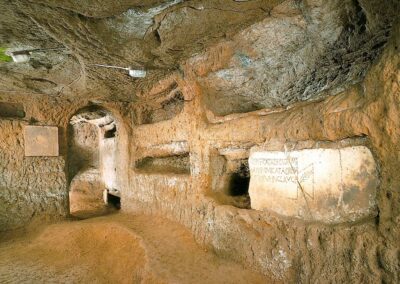 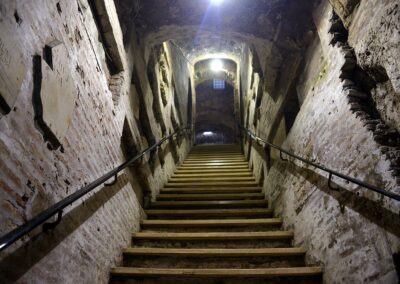 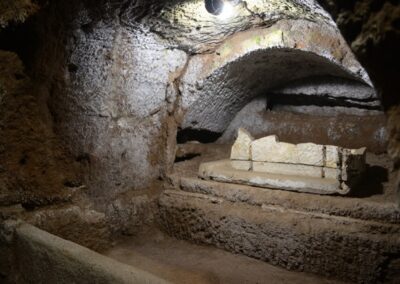 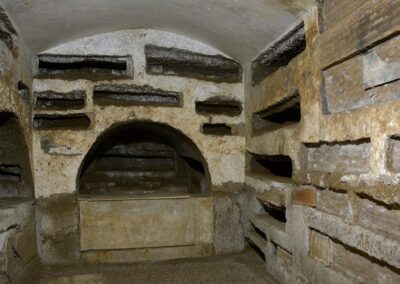 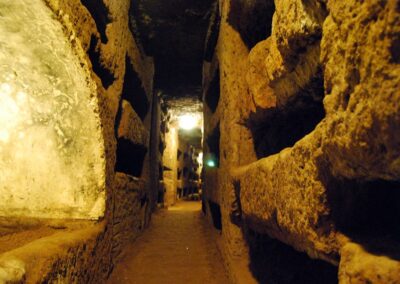